About the City of Newnan

The City of Newnan is the county seat of Coweta County located in the west-central part of Georgia. The City is located about thirty-five miles southwest of Atlanta, with Interstate 85 running through the eastern part of the City.

A century and a half ago the small City of Newnan was carved out of the homeland of the Indian Creek Nation. Newnan stands in the preserved natural beauty of its surroundings while thriving as an independent commercial and industrial trade center. As a residential community, Newnan has become widely known for its many historic homes. Victorian and Classical Revival style houses are prevalent, but Eclectic, Plantation Plain, and Plantation Variant styles are also common. Local builders have strived to maintain this quality in Newnan's modern homes, creating an aesthetic balance of old and new. A large number of recreational areas and the preservation of natural settings are the finishing touches to the city's picturesque landscape.

In 1828, eight streets were surveyed to form what would become downtown Newnan. The City was laid out in a grid pattern, and six of the streets still bear their original names, which honor famous Americans such as Jackson, Jefferson, Washington, and Madison. The new town was named in honor of General Daniel Newnan of Georgia. As one of the campaign leaders of the War of 1812, he survived severe wounds at Camp Defiance in 1813 to later become Georgia Adjutant General, Secretary of State, and a member of the United States Congress.

Newnan adopted the council-manager form of government in 1960. The City Council represents the interests of the citizens of Newnan by adopting public policies, determining the City's mission, the scope of service, and tax levels, passing ordinances, approving new projects and programs, and ratifying the budget.

Appointed by and reporting to the City Council, the City Manager serves as the Chief Administrative Officer and is charged with the implementation of City Council adopted policies and directives and the day-to-day operations of the City. The City Manager is responsible for hiring directors to oversee each department.

The Mayor and City Council members are responsible for setting policy and rely on the City Manager to implement the policy direction in which the City operates. 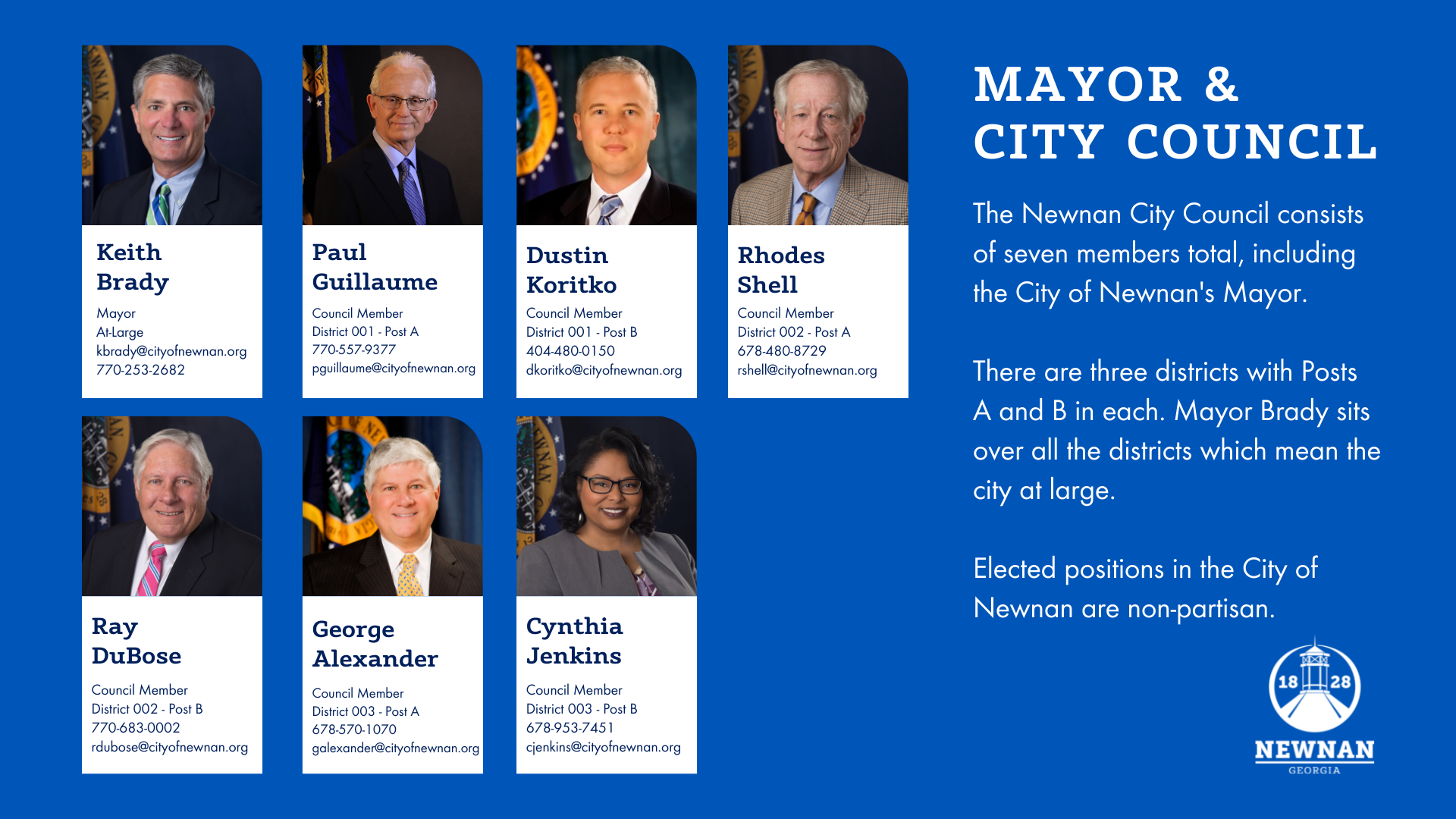 The City of Newnan operates under a council-manager form of government. The Mayor and Council are responsible for making policy directions in which the city operates. The city manager is responsible for carrying out those directions, as well as providing vision and leadership to the organization and for overseeing the daily operations of the city government. 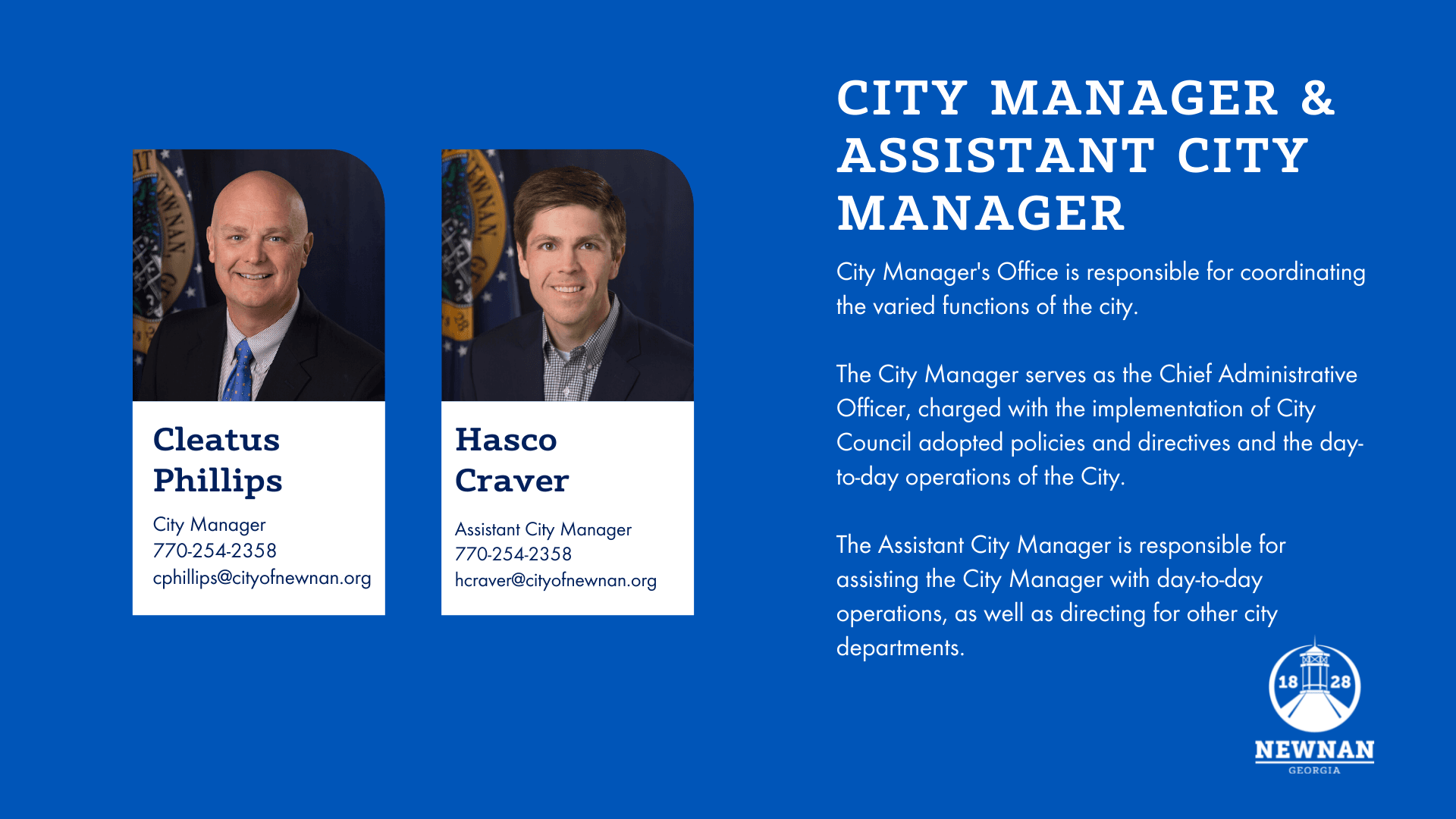 The mission of the City of Newnan is "to provide cost-effective programs and services while continuously focusing on preserving and enhancing the quality of life that is enjoyed by all Newnan citizens."

If you have any additional questions about the City of Newnan or are a member of the media seeking more information, please contact Aimee Hadden.